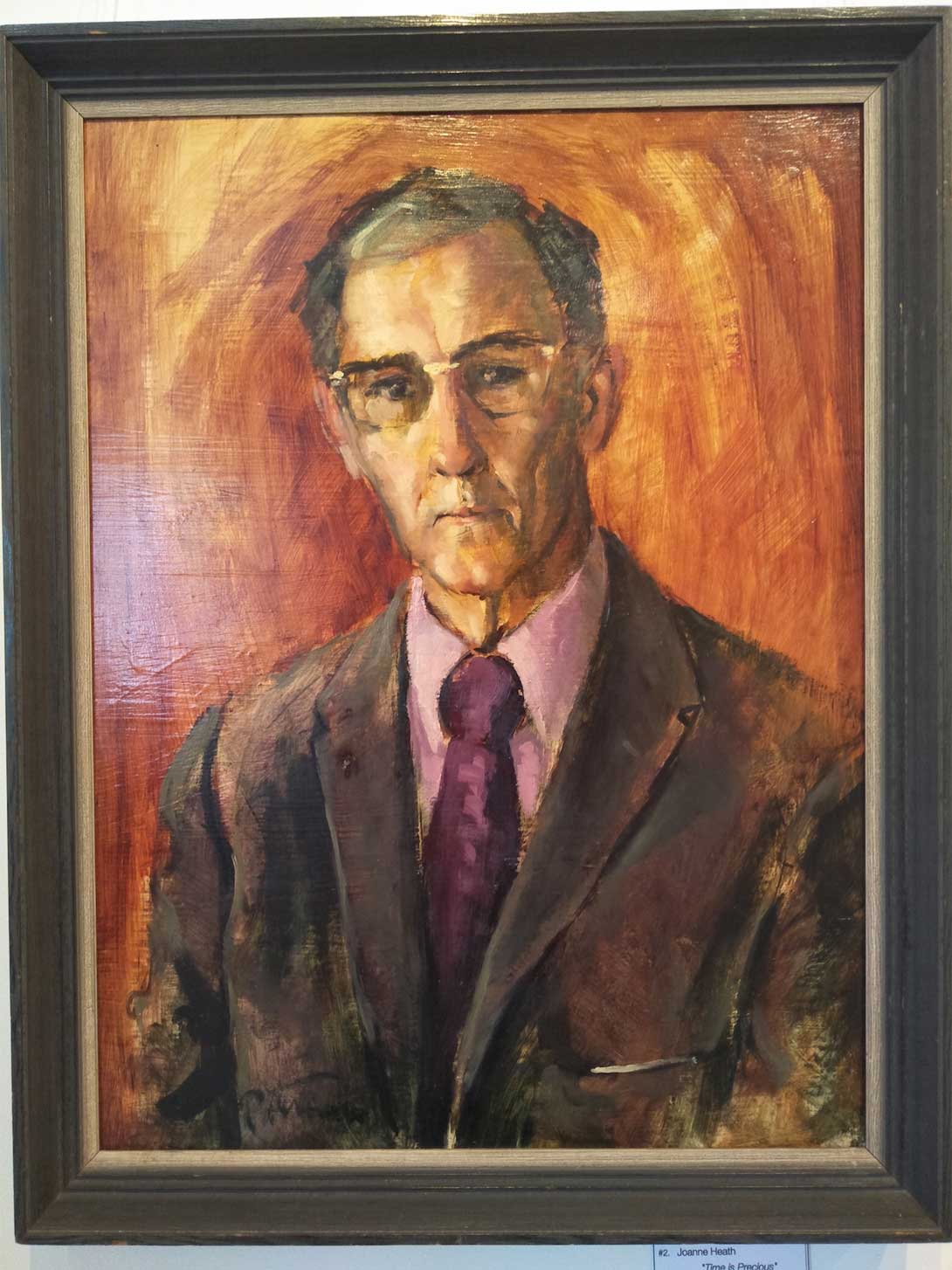 The Harold and Agnes Richardson Drawing Prize 2018 opened on Wednesday 26th September to a receptive crowd of artists and art lovers alike at our own Petrie Terrace Gallery. This prestigious prize is the second exhibition in the RQAS Biennial 2018.

Harold Richardson was an RQAS President and our first gallery director. Richardson became involved in the society in 1940s and stayed active in the society until his passing 1984. He served the society in a variety of roles during this time, though not an artist himself Harold Richardson worked tirelessly to increase the profile of the RQAS along with his wife Agnes, a talented artist and long-standing supporter of the RQAS. The HARD Prize was first established in 1984 shortly after Harold Richardson passed away, it was named the Harold Richardson Drawing Prize in his memory. Agnes Richardson continued to have a strong presence in the RQAS even after Harold’s passing and lived to celebrate her 100thBirthday. With her passing in 2008 an endowment of funds was left to the RQAS to continue the drawing prize and Agnes’s name was added to the prize in her memory. This prestigious award celebrates the foundational skill of drawing, and has a long and proud history.

The exhibition was officially opened by Councillor Peter Matic who delivered an inspiring speech about the lasting legacy of Harold and Agnes in championing art and culture in Brisbane. Then the time arrived to award the prizes! Our esteemed judge Richard Blundell defied convention by moving through the crowd to deliver his comments and impressions in front of the winning works. The audience was captivated and engaged by Richard’s astute observations.

The first prize was awarded to Nick Leavey for his work “One for the Pool Room” the judge’s comments can be seen below:

“This drawing is richly and precisely loaded with meaning. At face value, this drawing uses (and renews) traditional nineteenth century tropes by making (drawing upon) specific references to drawing traditions and developments made in European art academy classrooms. However, by creating finely tuned disjunctions between these drawing tropes and subject structures, and by referencing histories of drawing (particularly in the Australian context), these long-standing tropes are seamlessly subverted in several ways. Histories of early colonial drawing show unclothed non-European males as neo-classically posed and proportioned because the subjects were to be understood and seen as ‘unspoilt’ by the ‘pollution’ of civilising influences. In this drawing, the naked model is again seen as a ‘noble savage’ filled with poise and self assurance. Strengthened by the pose adopted by the figure, the ease of taking (mis-taking) the pool cue to be a spear, and that the model wears his hair in a top-knot and is generously bearded (read: hipster and old as new), all easily extend opportunities for ‘misreadings’ to be made when a naked male is provocatively posed in what was a traditional male and gentlemanly domain of fine clothes, fine food, fine brandy, fine manners, and civilised companionship. This subversion is extended by the drawing’s title referencing an iconic (and filled with irony) Australian movie. Who said traditional drawing is “dead”?”

The second prize went to Robin Finlay for her work “Self Service”. You can read the full judge’s comments below.

“This drawing is filled with creative tension both in terms of subject matter and its approach to media and drawing. It provides challenges to the viewer and disrupts expectations and in some ways defies rational thinking, analysis and easy interpretation. In this sense, this work is surprising and novel while also maintaining the central tenets and traditions of drawing. This work demonstrates how strongly expressive, individualised and idiosyncratic outlooks on the world around us make drawing and our view of the world ‘new’.”

The third prize went to Robyn Bauer for her work “Ithaca War Memorial” the full judge’s comments can be read below.

“This drawing has an authentic connection to place and to the direct experience of being in that place. The point of view, the use of tone, the sophisticated mixture of media used, the use of negative space and the role of direct observation, all give this work a very clear sense of authenticity and of immersive knowledge.”

Our judge commented on the wealth of talent displayed in the exhibition and awarded four highly commended awards.

“A drawing demonstrating the careful interpretation of the subject and consummate execution that requires recognition in an exhibition of this kind.”

A highly commended was awarded to Laura Phillips for her work “The Muse” of which the judge said “The minimalism of this drawing and reductionist approach to the human form expresses a monumentalism found in some modernist Italian figurative drawing, painting and sculpture traditions which provide expression of and insight into human condition. This drawing exemplifies the axiom ‘that less is more’.”

A highly commended was awarded to Kay Kane for her piece “Self Portrait” the judge commented “Self as subject is presented with great frankness and without aggrandising intent – which, in this era of ‘Selfie’ culture, gives this work and the project of self-portraiture a special significance and renews the place of drawing.”

And a final highly commended was awarded to Guy Lobweir for his work “Digital Beach” of which the judge said “This drawing forcefully draws on the graphic traditions that developed with the printing press in Western societies and expressed the very significantly expanded influences the printing press created for drawing. In more recent time, this drawing also finds a connection with the renewal of printed graphic traditions that are found in the graphic novel. The structure, subject matter and style of this drawing connects with the works of Pieter Bruegel the Elder and the way marginal drolleries of ordinary life become a form of postcard of the contemporary human condition”

The Harold and Agnes Richardson Drawing Prize continues until the 12th October, drop y the gallery to see this fantastic and diverse show in person and vote for your people’s choice winner!