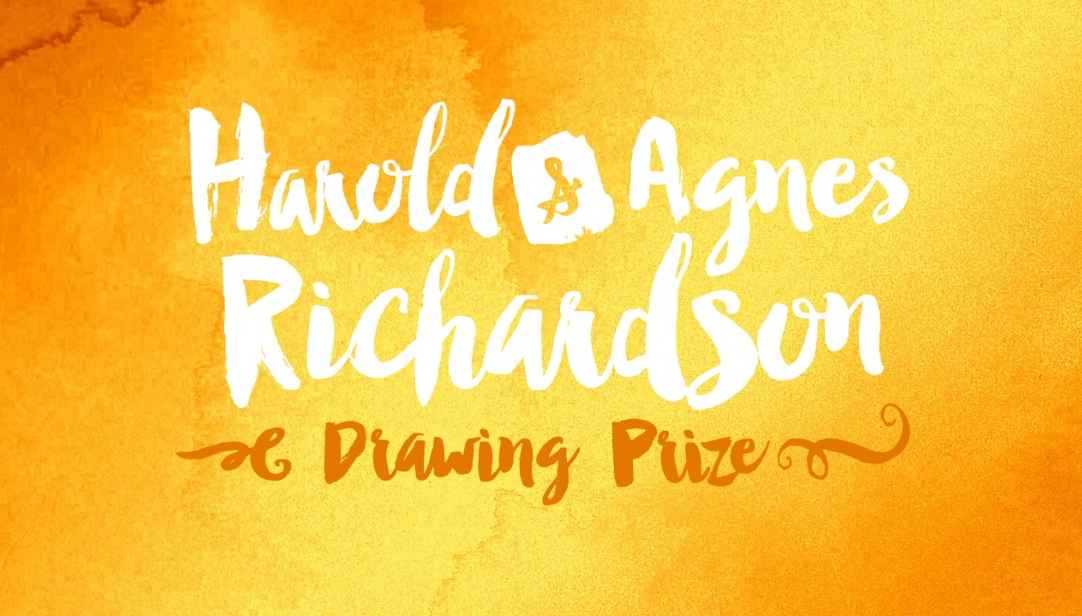 Harold Richardson was born in 1901 and became a member of the RQAS in the 1940’s, and it wasn’t long before he became Honorary Secretary in 1948 and 1949.His brother Albert Richardson was a very good Landscape painter, and as Don Hamilton remembers: a very good watercolourist. Harold always thought he should be an artist, and he did at one time have a few lessons with Caroline Barker (Agnes’s sister), but didn’t continue. His activities in later years focused on the effective running of the society. From 1970 to 1977 he was secretary, and in 1978 became president, and held that position until 1980. His aims were to lift the standard of the society by increasing the membership, and concentrate on promoting art, both from the participation point of view and the area of appreciation. He was the society’s first Gallery Director in 1971, just three years after the society premises were built in Spring Hill. He was a tireless worker for the Society, and during his term as Director he managed to get the Annual Exhibitions in newly completed buildings in the city centre, which as Keith Bradbury noted: it brought a new visibility to the Society. In1977 he was nominated for the Queens Silver Medal and in 1981 was awarded Honorary Life membership to the RQAS.
Agnes Richardson (Barker) was born in 1907 and came from an artistic family. The family moved from Melbourne to Brisbane in 1920. In 1925 Agnes enrolled as a full time student at the central Technical College in George Street, studying painting under F.J. Martyn Roberts and pottery with L.J. Harvey. Harvey encouraged her to take up sculpture, but because of ill health she was unable to continue in this field. She gave up pottery in 1934, to focus on craft/arts, although some of her pottery was exhibited in the exhibition L.J. Harvey and his School at the Queensland art gallery in 1983. Agnes first exhibited with the RQAS in1929, and has had close association since. She was awarded Honorary life Membership in 1976. In later years she concentrated on bark painting and oriental brush painting, exhibiting both art forms with the RQAS. In January 2007, Agnes joined a very special group of people as a centenarian, having reached 100 years of age. She was still working at her art, making her own gift cards. Her success in business – as in life – seems to stem from the unique way she sees the world. I just look at things, and suddenly they become something different. With her passing in 2008, an endowment of funds from her estate was made available to the RQAS to continue the Drawing award, originally named after her husband with her name now added to the prize.
The prize is for drawing (predominantly line work), and has for the most been held as a separate exhibition. It has on the odd occasion been attached to the Annual exhibition, 1993 was one case in point. The prize has always been an open exhibition, which means any artist can enter the prize as long as they pay the entry fee. Some of the past winners include: Rodger Paine, Kath Dempsey, Ada Richardson, Sara Furness, Yuming Qin and Kathy Panton. Others fortunate to gain a Highly Commended and Commended were: Shirley Miller, Betty Cox, Mary Norrie, Dennis Freeman, Graham Readshaw, Joanne Heath, Penelope Gilbert-Ng, Frances Erskine, Peter Hubbard, Audrey Gibbs, Maaret Webb and Sue Pickford. Some of those who judged the prize include: Brian Dean, Dr Irene Amos, Pat Hoffie, Chris Saines, Julie Lloyd, George D Williamson, David Paulson, and David Henderson. These are just a few of the talents connected with this award over the years. The continuation of this award means that their names will for some time be linked to the visual arts in Queensland and the RQAS.