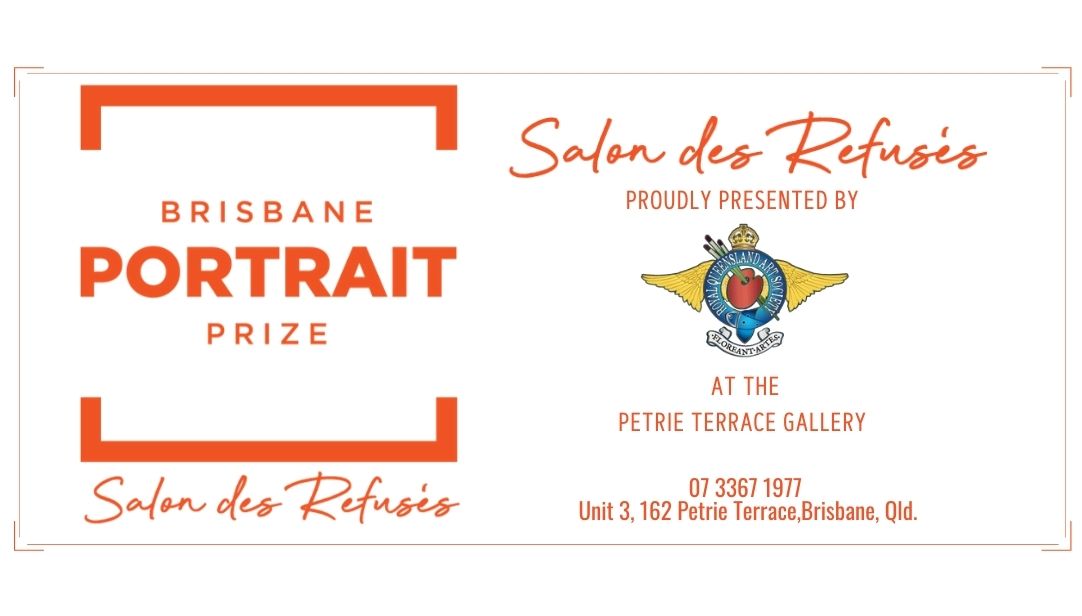 Each of the three Selectors from the Salon des Refusés chose their top artwork from the finalists as shown below.

Mr Smith is shown in his corporate attire as a Bond Trader at National Australia Bank. Outside of this role, he assumes the role of coach in junior AFL, providing mentorship through helping boys explore their physical boundaries and understanding on how to behave in times of pressure, and uncertainty.

It struck me that the coaching work on the field benefitted “Mr Smith” as much as the boys he coaches, and equally important to his own psyche as the corporate role he performs daily. My aim in painting his portrait was to convey his dedication to both roles.

Cassie and Shan by Scott McDougall

Wearing a wonderful original outfit from her 1960’s collection and seated with her feet in the dirt at her rural sanctuary in Northern NSW with her amazing (and uncooperative!) rescue pig, Shan, I have tried to meld the stylish gregarious Brisbane identity with the private contemplative person she relaxes into at her rural forest retreat.

This portrait depicts Professor William von Hippel, reimagined as a Homo erectus, our ancestor who first emerged in Africa two million years ago, and created a new kind of intelligence that forever altered our place on this planet.

During the sittings, von Hippel shared his insights on the new evolutionary science of human psychology. With equal parts wisdom, humour and charm, he spoke about how our past explains the present, and I began to wonder how he would have appeared two million years ago. Thankfully, von Hippel shared my curiosity and his portrait evolved from there.

This artwork displays the subject’s strong connection to Brisbane and to the artist. Growing up, chickens were an integral part of West End living, and this is used as a symbol of the suburb’s communal values and the affectionate reciprocal relationships that form.

Huon and Joseph share a strong connection to the city, having lived in Brisbane since early childhood. Joseph was warmly welcomed into the West End community and became friends with Huon upon starting primary school. Huon was born in Brisbane and has lived here ever since.

This exhibition will run from Friday 9th of October to Sunday 1st of November at the Petrie Terrace Gallery, and can be viewed online here.

You and your guests can book in to any of the ticketed events through Eventbrite on the following link https://petrieterracegallery.eventbrite.com.au