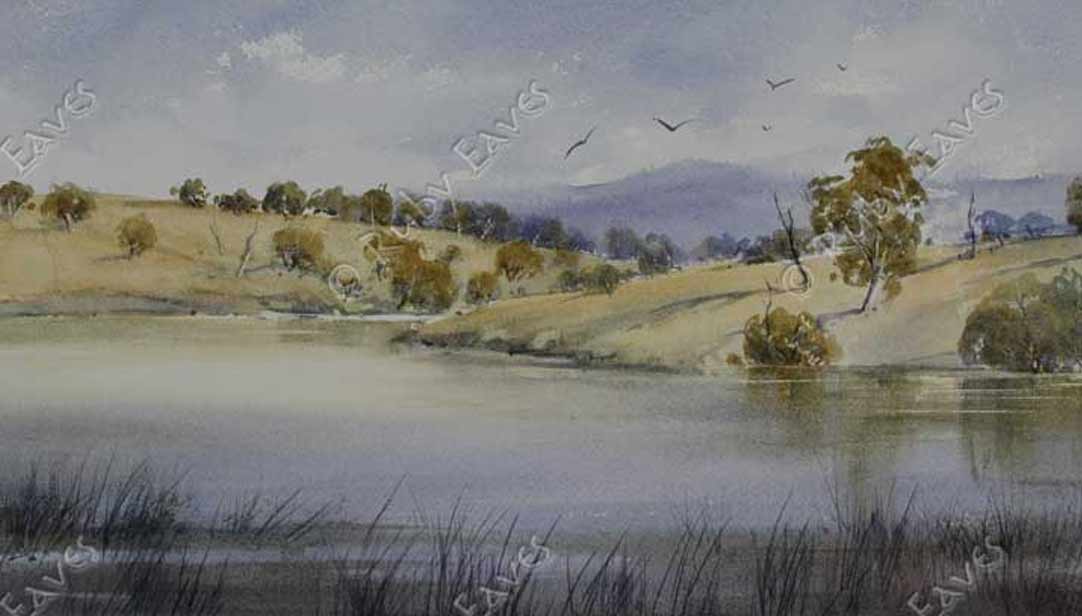 There are very few people who make a noticeable mark on the art world, but Ruby Eaves was one of the very dedicated and talented few, who did just that.
Ruby participated in many solo and group exhibitions and was often a feature artist, making her in high demand as a judge and tutor. She mostly painted in watercolours and oils but was proficient in all mediums. Her first award was at the Orange Art Festival in 1982, winning first prize with a watercolour, arguably her favourite medium.
Ruby lived in western NSW before moving to Orange and then relocated to Brisbane in 1986. She then became a member of the Watercolour Society of QLD as well as the Royal Queensland Art Society. It was during this time that she became so proficient and recognised for her talent not only here in Queensland but also internationally. Her works hang in many public and private collections in Australia and overseas. Many of her paintings have been “acquisitions” by Corporate Businesses as well as Bathurst City Council, Lithgow City Council, Portland Rotary Club and Moreton Shire Council.
Ruby’s art often reflected the beauty of light in the Australian landscape. Living on acreage was a source of constant inspiration for her favourite subject matter, enabling her to capture the mood, atmosphere and that “fleeting magical moment”. Ruby was particularly fond of country landscapes, but also loved painting seascapes and international scenes with equal expertise. She had that magical ability to capture the very spirit of the scene to captivate the viewer.
In limited space I have hardly done Ruby’s achievements justice, but I know that those who knew her are richer for the experience as am I. She conducted herself with such dignity, generosity and grace and battled ovarian cancer with an inner strength until the end. What an amazing role model for us all.
We will never forget you Ruby. Rest in peace my friend.
Written by Anne Roberts