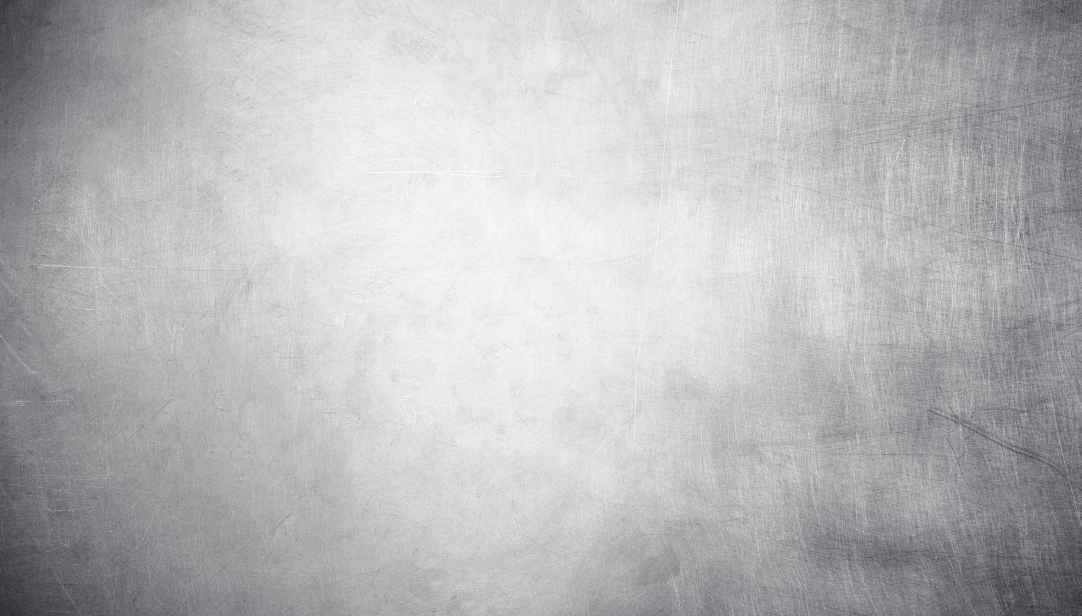 The history of the Royal Queensland Art Society “Fellows” began in the late 1960s when grading of membership was discussed by council, although it was put on the continual backburner for a couple of decades. The Society did have Honorary Life Members as well as Honorary or Privileged Members, the latter often awarded to folk who supported the RQAS for long periods of time.

However many of these folk were excluded from voting rights at AGMs and meetings. Life membership was first awarded in 1907, with renowned sculptor Harold Parker the first. Others to be awarded this honour included: Daphne Mayo, L.J. Harvey, Dr James V. Duhig, Melville Haysom, Caroline Barker, Harold & Agnes Richardson, Nan Paterson[i] and Karen Kane, the longest serving secretary with the RQAS. When the Society held its centenary exhibition in 1987, it looked again at its history and reignited the discussion of the status of members, including Fellows. In April/May, 1988 a sub-committee comprising: Betty Manzie, Ada Ludlow, Dianna Martin, Mary Norrie, Beth Woo and Sheelah Mee, along with Glenn R. Cooke from the Queensland Art Gallery once again considered Fellows as an important addition of the RQAS

The inaugural proposed list consisted of Irene Amos, Nevil Matthews, John Rigby and William Robinson to form a foundation fellowship,[ii] with additional names later being added: Dr Lloyd Rees, Margaret Olley, Don Hamilton, Patricia Prentice, Ann Thompson and Madonna Staunton.[iii] All these artists were connected to the RQAS as former members, with only Irene Amos and Don Hamilton currently active within the Society. The only artist with basically no real connection to the RQAS was William Robinson. The rules discussed were that the recipients should have made obvious commitment to the arts outside the Society as in exhibitions, awards, education, publication and the general promotion of the visual arts. All the artists mentioned here fulfilled these criteria, however the important requirement of ‘must be a member’ disqualified most of the names put forward. Betty Manzie stated: “Let’s face it – if these artists think we are so far down the road, they will not want to help us raise our standards, in which case we forget the whole thing.”[iv] Glenn R. Cooke believed that the appointing of Fellows was necessary for the future development of the Society.[v]

In August 1991 the RQAS was incorporated into the new Friendly Societies Act, with former president G. Maclean Offner rewriting the Society’s constitution, and in so doing opening the doors for the introduction of “Fellows”. On the 19 July, 1992,[vi] inaugural RQAS “Fellows” were awarded to Margaret Olley, Dr Irene Amos and Dr George D. Williamson. Margaret Olley was well known in art circles in Queensland and nationally, however her involvement with the RQAS was as a student in the early 1940s, with little involvement since. She was unable to attend the presentation due to other commitments.[vii] Dr Irene Amos had been a member of the RQAS since 1961 and had achieved many things in her career. She was the first woman to receive a Doctorate in Creative arts at the University of Wollongong in 1990 and in 1991 was awarded the Order of Australia Medal (OAM) for her services to the arts in Queensland. Dr George D. Williamson had only been a member since 1987[viii] but had been a supporter of the RQAS for many years. He had selected a number of annual exhibitions during the 1960s and 1970s, as well as presenting lectures and talks to Society members on art related topics. He promoted the arts through the Queensland Education Department and he received an Honorary Doctorate in Cultural Education from the World University in Arizona, USA in 1988[ix]. He was attached mainly to the Gold Coast branch and served as their president a number of times. On receiving this honour, Williamson said: “I shall endeavour to be a worthy fellow in the high standards and traditions of the Society”.[x]

Ada Ludlow was the first woman to be elected president of the RQAS and had an extensive exhibition history outside the RQAS. She was also the Society gallery director and in 1995 she was the fourth to be appointed a Fellow. The following year Mary Norrie was appointed, and felt honoured to be invited to join such a famous group.[xi] Seven years would go by until others would be nominated as Fellows, and in 2003 four more joined this prestigious group. At the AGM in October watercolourists Don Hamilton and Charles Ludlow, along with Audrey Gibbs and Penelope Gilbert-Ng, were presented their awards by Dr Irene Amos, assisted by president, John Pyke and Brisbane chairman Arthur B. Palmer. At the time Penny was the youngest RQAS artist to receive this award. Also up for consideration around this time was Phyllis Schneider, who had been a member since 1964, and from 1986 she served as the Society librarian until her passing in February 2004. She was posthumously made a Fellow that year. In 2005 Esther Austin, Dr Grahame Readshaw and Gold Coast member Peter Abraham were appointed Fellows. Esther had served as president and had over 14 Solo exhibitions to her credit, exhibiting at Logan and Port Moresby including a retrospective of her work at the Logan Art Gallery in 2004.[xii] Dr Readshaw had been a member since 1971 and had extensively written on painting techniques with a number of articles published in Australian Artist, as well as two books. Sadly he passed away in April 2015.

Peter Abraham was a gifted draughtsman and in his first solo show at the Moreton Galleries in April, 1948, the Queensland Art Gallery purchased one of his works[xiii] − not bad for someone only 21 years old. He won some prestigious prizes during his career including the Crouch Prize in 1962. The Fellows held their first exhibition as a group at the RQAS in July/August, 2004, which was opened by renowned Queensland artist John Rigby. Sixty-three works were displayed by the 10 Fellows exhibiting, with Phyllis Schneider represented by works from her estate, and Ethel Williamson providing work from her late husband. In April/May 2006 the second exhibition of RQAS Fellows was held and opened by artist Dale Marsh, with Esther Austin, Peter Abraham and Dr Grahame Readshaw exhibiting for the first time. Margaret Olley’s etching Turkish Pots & Lemmon was loaned to the exhibition by Phillip Bacon Galleries, with Mary Norrie and George Williamson represented in works from private collections and the RQAS collection.

The list of names grew and five more Fellows were inducted in 2006. Margaret Raymond, Glen Gillard, Win Robbins, Brian Williams and Peter Hubbard had their awards presented to them by Dr Irene Amos. Margaret Raymond had a long association with the RQAS and had also served as librarian for many years, and was an associate of the Royal South Australian Society of Arts as well as illustrator of a number of books. Glen Gillard is the painter’s painter, at home in oils and watercolours, and excelling in still life, landscape and portraiture. He was a finalist in the 1990 Doug Moran Portrait Prize and has had a successful career painting murals, his first commission being at Bowen in 1989. Win Robbins had the distinction of being the longest living serving member of the RQAS, having joined in 1943[xiv]. She was attached to the Gold Coast branch, serving as secretary and president as well as president of the Brisbane branch. She was a fine portrait painter and a finalist in the 1958 Archibald Prize. She passed away in 2011. Brian Williams had been a member since the late 1950s, and had always promoted the Society in any way he could. He was a gentle, articulate man and a painter of quality. He was the last Society artist to have a work, Cleaning Fish, acquired by the Queensland Art Gallery from an RQAS annual exhibition in 1960.

Peter Hubbard’s involvement with the RQAS began in the early 1960s, though his art career had a considerable gap. He returned to painting in the late 1980s and reacquainted himself with the RQAS. He is currently the Society’s gallery director. Others nominated around this time included Donald P. Vernon and Sue Victorsen, but both declined the nomination. On 9 August, 2008, John Massy opened the 3rd Fellows’ exhibition comprising 66 works from 18 Fellows. Some delightful works were on display including the monochromatic watercolour Wynnum by Dr Grahame Readshaw, Banksias by Peter Abraham, Impish Self Portrait by Peter Hubbard (showing his quirky side) and the delightful Goat Boy by Brian Williams. The entire exhibition oozed charm.[xv] Six years would transpire before another four Fellows would be appointed, namely Society president, Dr Kay Kane, and RQAS stalwarts Max Butler, Irene McKean and Sue Victorsen. Their awards were presented at the 2012 AGM by RQAS Inc. president, John Pyke.

In September 2013 the 4th Fellows’ exhibition was held under the title The Fellows’ Choice, and for the first time only living fellows had their work on display. The exhibition was officially opened by the state member for Bardon, Saxon Rice MP. This was also the first Fellows’ exhibition in the Society’s new premises at Petrie Terrace. In reviewing the exhibition, Greg de Silva stated: “I venture to suggest getting together an exhibition of Fellows’ work, including work from Fellows now deceased, would produce an exhibition of even more diverse and outstanding work, while further revealing the strength in depth of members of the Royal Queensland Art Society.”[xvi] On the 29 September, 2013, Greg de Silva, Beverly Tainton and Francis Rowland-Wregg also joined the ranks of the RQAS Fellows. Once again RQAS Inc. president John Pyke did the honours in presenting the awards. Greg de Silva said “They don’t come along every day, and to be acknowledged by your peers is humbling and a very nice thing. Bev, Frances and I will continue with our art careers and we are now ambassadors for the Royal Queensland Art Society so we will keep working for the betterment of the arts.”[xvii]

The 5th Fellows’ exhibition was held in May/June 2015 and opened by arts patron, John Massy to a capacity crowd. He remarked that just because you have made it as a Fellow doesn’t mean your job is done − you have an obligation to keep producing work of a high standard and to continue promoting the RQAS and the visual arts. What’s been written is but a glimpse of the history of the RQAS “Fellows” and the contributions they made for a better cultural life in Queensland.